Tuesday evening, the hot dogs played host to the Hamilton Heights Huskies.  With two starters out with injury and the size and speed of the huskies was just too much for the dogs to handle at times in the first half.  The score does not allow for the opportunity of missed shots throughout the first half as well.  The huskies took a 25-4 lead into half time and the dogs never got within reach from there.  The 2nd half allowed Rylee Seibert to shine offensively.  She played a great game in the post, going against a good defensive team.  The dogs lose with a final score of 57-16.  On the defensive side for the dogs, the girls played hard and pursued the ball with a lot of heart and effort.  Rylee Seibert and Emily Michael had 7 a piece and Kyree Shelley had two.  The final home game and regular season game will be on Friday against Crawfordsville at 6pm. 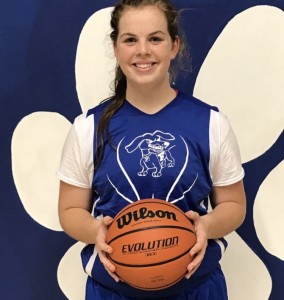