It was a great day for the Hot Dog Wrestlers! 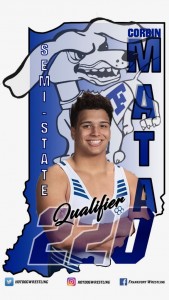 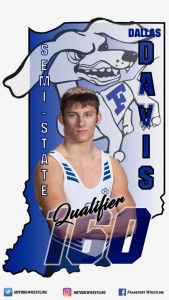 Davis started the day of right with a dominant 8-4 win over North Montgomery’s Wray. Dallas wrestled well the rest of the day but fell to 2 strong wrestlers to place 4th.

Mata had a dominating 22-8 win over North Montgomery’s Brown in the first round. During the second round Corbin fell short losing in a sudden victory overtime match to Hamilton South Eastern’s Myren. During the 3rd round Corbin had a chance to revenge 2 losses he got last week against Carmel’s Boleman. Mata earned the win with a pin in 2:43, to place 3rd.

Both wrestlers earned a spot at the New Castle Semi-State next Saturday. 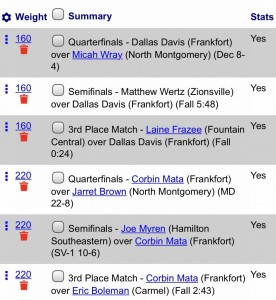