The JV and varsity volleyball teams faced county rival Rossville on Tuesday and left with victories 2-0, 3-0. Coming out hot for the JV was Kylie Norman with 11 aces and 2 digs. Lindsey Gay led the offense with 7 assists and 5 kills, and Yazmin Hernandez had 4 kills and 2 digs.

For the varsity, Riley Isgrigg led the team with 22 assists and 7 kills. Chloe Roberts also had a solid all around game with serving that led to several runs and 5 aces for her team. Offensively, Emily Michael had 8 kills, Kimee Kingma and Ashley Timmons each added 5 kills, and Chloe Roberts and Allyson Timmons each had 3 kills. Defensively, Avery Drew led with 13 digs and Madison Toney had 12 digs. The coaches are pleased with the way this group has come together in the last few weeks to create a team mindset and to push each other to become better competitors. 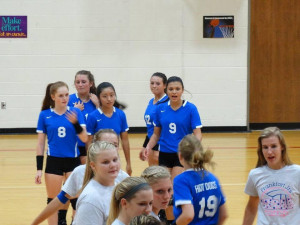 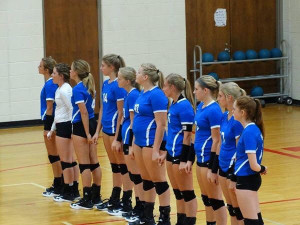