Frankfort Hot Dog Football Players of the Week. While all did not go as planned and we have a lot to work on….these three excelled. Caleb Henry stepped into the punting role and had a respectable 28 yard average with a long of 42. Most importantly, he had zero return yards on his punts. Next, this week in practice scout team was dominated by Jack Espinosa. When you heard a collision, it was usually involving Jack. Finally, Tyler Gooden, as a Freshman, was asked to step into the center position after a series of circumstances resulted in him stepping in during the third quarter of his first varsity game. He held his own nicely. If our team displays the execution, resolve, selflessness, and toughness of these three we will continue to grow as a team. This process will not be easy, and it will be worth it. Hope to see you this Friday at 7pm verse Logansport. 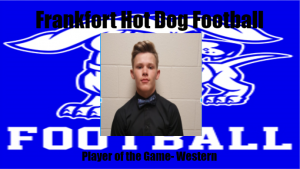 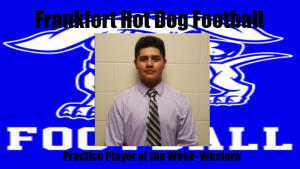 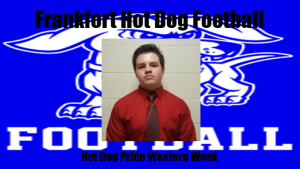