The volleyball team traveled to Western High School on Wednesday evening and defeated the Panthers 3-1. Knowing their opponent’s ability to make a comeback, the team focused on keeping their intensity high throughout the match. Leading the way for the team was Riley Isgrigg with 47 assists and 4 kills. Avery Drew had 22 digs and 2 aces while the tough offensive combination of Emily Michael and Ashley Timmons tallied 17 and 16 kills. Kimee Kingma had a solid night with 8 kills and 2 aces. Chloe Roberts continued to lead the team in serving with 3 aces, 20 digs, and 6 kills. Madison Toney also tallied 3 aces with 9 digs. Ally Timmons had a solo block and three kills, and Jenna Rockhold had an ace and scored 4 points in game one.

Both teams take on West Lafayette on Thursday evening in Case Arena at 6:00. 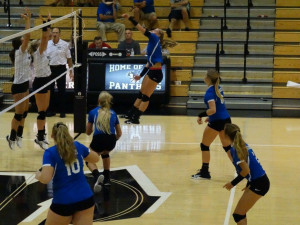 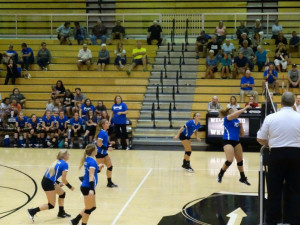 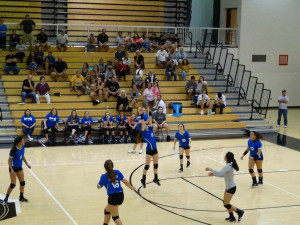