The volleyball team faced a fiery Mountie squad last night on their senior night. After taking the first two games, South wasn’t finished and came back to win games 3 and 4. The team rallied from a 4-8 deficit in game 5 to win 15-10. The win finishes the regular season for the team with a record of 14-15 overall and 4-3 in the conference. This is the most program wins recorded since the 2012 season. 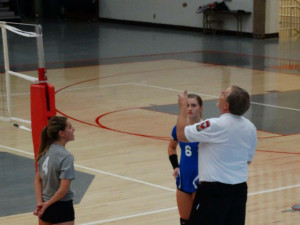 The team was fueled by the smart offensive play of Emily Michael and Ashley Timmons who recorded 18 and 16 kills respectively. Chloe Roberts also had a great night offensively with 10 kills, hitting .380. Riley Isgrigg added 5 kills and 43 assists, while Kimee Kingma had 3 kills and 2 aces. Ashley Timmons also added 2 aces and 13 digs while Avery Drew had 22 digs and an ace. Riley Isgrigg had 2 aces and 14 digs, and Chloe Roberts had 12 digs and 2 blocks. Allyson Timmons had 2 blocks and a kill. Lindsey Gay came in to serve and defend well with 4 of her 7 digs and an ace in game 5. Madison Toney had 6 digs and Jenna Rockhold had 3 digs. 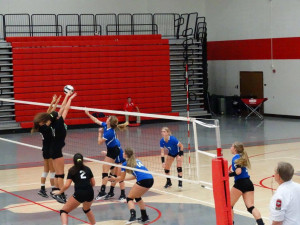