The FHS volleyball teams came out with a victory at North Montgomery on Tuesday evening. The JV set the tone after coming back from a slow start and winning 2-1. In game three, the girls came back from a five point deficit to defeat the Chargers. Leading the team was Morgan Adamson with 18 assists, 7 kills, and 4 aces. Sydni Whitaker also had a strong offensive performance with 8 kills and 4 kills. Yazmin Hernandez led the defensive effort with 15 digs, and Bella Colby came out looking strong at the net with three kills. Kylie Norman had a strong all around match with 6 kills and 6 digs. Tarah Martinez led the comeback for the win in game three with strong serving; she was 100% on the night with three aces and six digs. Grace Campbell threw in two aces. The JV is 2-0.

The varsity defeated North Montgomery 3-1, starting off the conference season 1-0. Leading the way offensively were Ashley Timmons with 15 kills and 19 digs, with Kimee Kingma contributing 13 kills. Riley Isgrigg had 47 assists, Emily Michael had 8 kills, and Allyson Timmons had 5 kills. Chloe Roberts had an all around solid match with six kills, three blocks, and 20 digs. Avery Drew led the defensive side of the ball with 33 digs. Lindsey Gay added 13 digs, and Jenna Rockhold went 100% from the service line. The varsity opened conference play at 1-0 and is 4-2 on the season. Both teams play Delphi in Case Arena on Thursday evening. 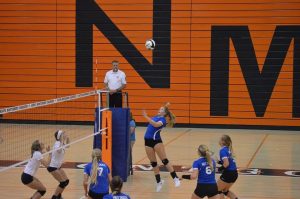 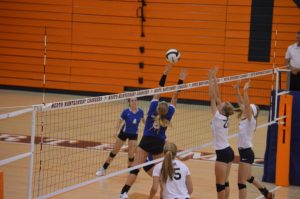 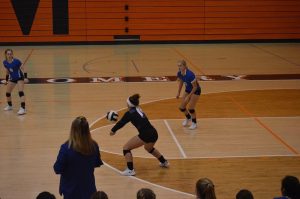 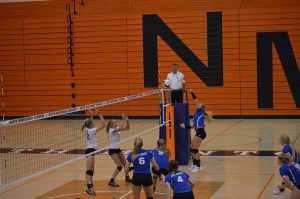