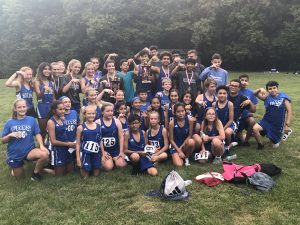 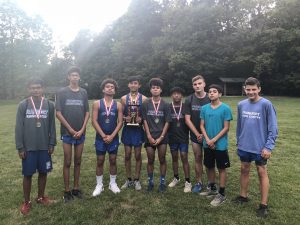 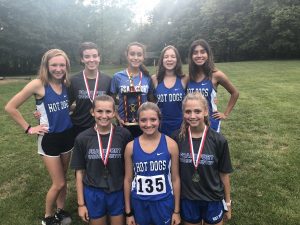 This is the first time both boys and girls won the County Meet in the same season since 2008!

Both teams had great races to get the County win. The boys controlled the race from the start and ran away with the race by having 5 runners in the top 6 and 6 in the top 9. The girls were almost equally as dominant by finishing 4 in the top 7 and 6 in the top 10. Out of the 14 All-County finishers in both races, Frankfort had 9 of those spots. The middle school also had a successful day with the middle school girls winning the County championship and the boys team finishing second by only 6 points.