The boys team finished 2nd place in the SAC Championship Meet by only 5 points to Crawfordsville, while the girls team placed 4th.

The boys team had a great effort to almost catch Crawfordsville after they beat us by big margins twice earlier in the season.  Hugo Hernandez (17:03) won the individual championship, beating Crawfordsville’s top runner and 2nd place finisher by 21 seconds.   It was great redemption for Hugo after finishing behind him the previous two races.  Michael Corro returned to action in his first race this season to also be 1st Team All-SAC with his 6th place finish in a time of 17:54 PR.  Our 2nd Team All-SAC finishers were Cristian Asensio-Mora (11th 18:01), Josue Bautista Ventura (12th 18:10 PR), and Bryan Longoria-Rocha (16th 18:29 PR).  Also competing were Kevin Espinoza (22nd 19:11), Brian Pratt (19:58), Devin Mata (JV 8th 21:48), and Jacob Craig (JV 9th 22:03).

Both teams compete in the Sectional next weekend at the Tippecanoe Amphitheater hosted by Harrison, and both teams also have a great shot at both moving on to the Regional Meet. 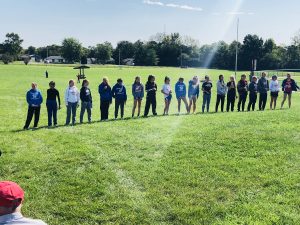 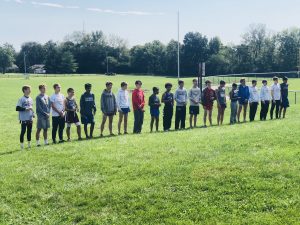