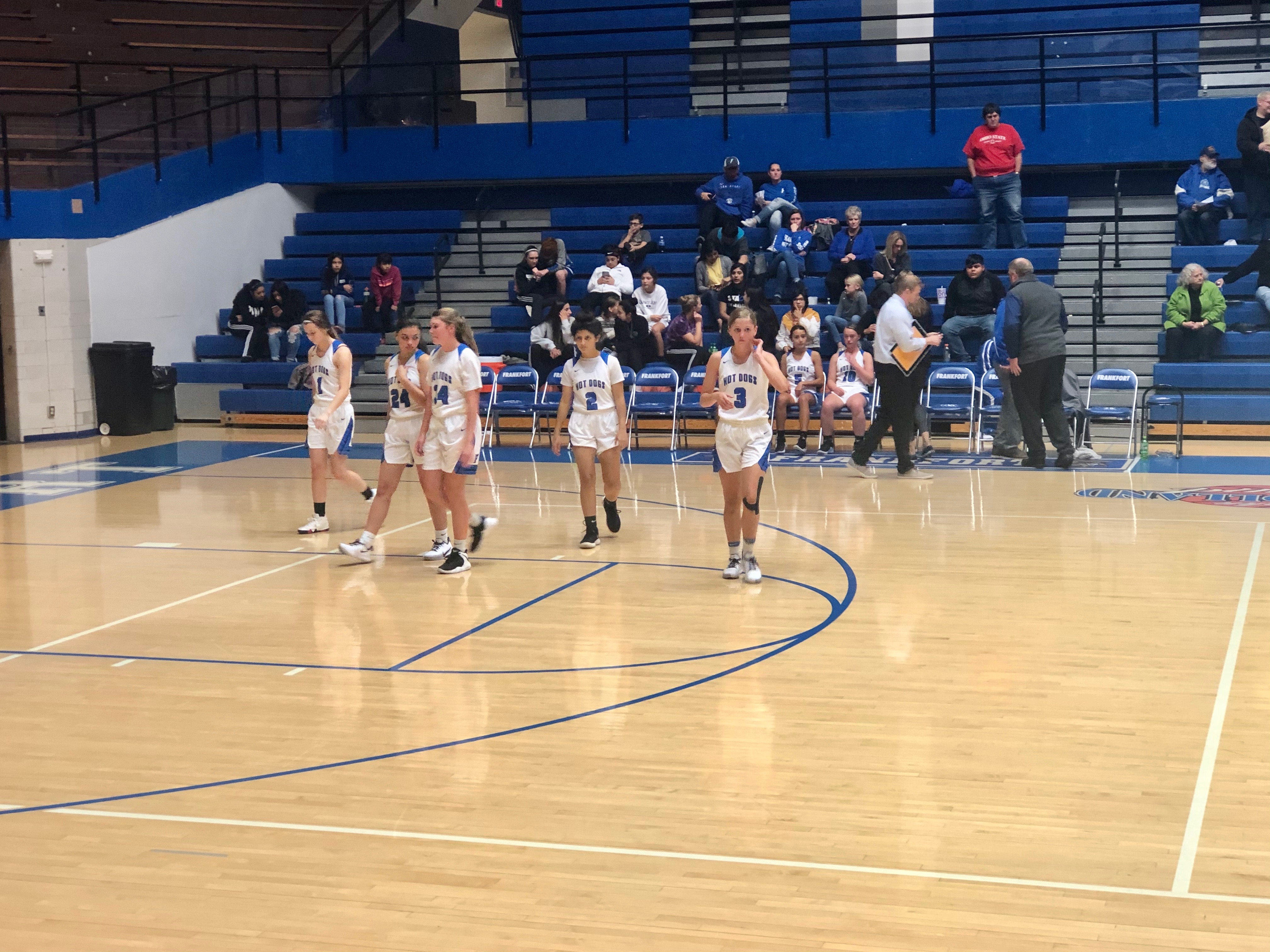 Season and home opener for the Lady Hot Dogs didn’t play well coming out of halftime which led to Carroll extending the lead and defeating the dogs 33-19. A slow offensive start for the dogs was the story from the evening. Many solid looks at the basket with not many points to show for it. For the first varsity game for many girls and a team that is without two key players, it was a game that left the team with some positive observations moving forward. Payton Dubree played really well on both sides of the floor.

In jv action, the lady hot dogs were the team that turned the pressure up in the 3rd quarter and extended their lead to eventually win the game 33-16. Many girls had their first high school basketball game last night and played really well. This group has many things to build off of from last night. Zoey Westerman led the dogs with 11 points, while Madyson Cook had 8.